Things to do in Shannon Ireland

Shannon is our favorite young city. The town itself was only founded in 1982, but it was originally established in the early 1960s by Brendan O’Regan who established this seemingly useless mash land area as a Free Trade zone along Shannon Airport. Due to its close proximity to the US, the Shannon Free Zone is Ireland’s largest cluster of North American investments.

Consider flying into Shannon whenever you can.  Its a great small airport to use as a hub, especially if you are coming for the U.S. and are travelling with kids.  JFK Airport to Shannon is dine in under 6 hours.  That’s one of the shortest flight legs you can get to Europe from the U.S.  Immigration and Customs at the airport is fantastic.  The line moves quickly and the folks there are always nice.  If given the choice, we will always pick Shannon airport over Dublin airport.  Thus, when it comes to things to do in Ireland Shannon does make it to one of our top destinations mainly because of the great airport.

Of course Vikings Landing is also only about 45 minutes from the airport. 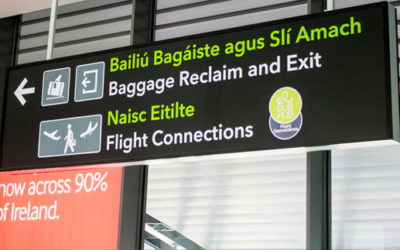 Shannon IntroductionShannon is our favorite young city. The town itself was only founded in 1982, but it was originally established in the early 1960s by Brendan O’Regan who established this seemingly useless mash land area as a...

END_OF_DOCUMENT_TOKEN_TO_BE_REPLACED

Any cookies that may not be particularly necessary for the website to function and is used specifically to collect user personal data via analytics, ads, other embedded contents are termed as non-necessary cookies. It is mandatory to procure user consent prior to running these cookies on your website.