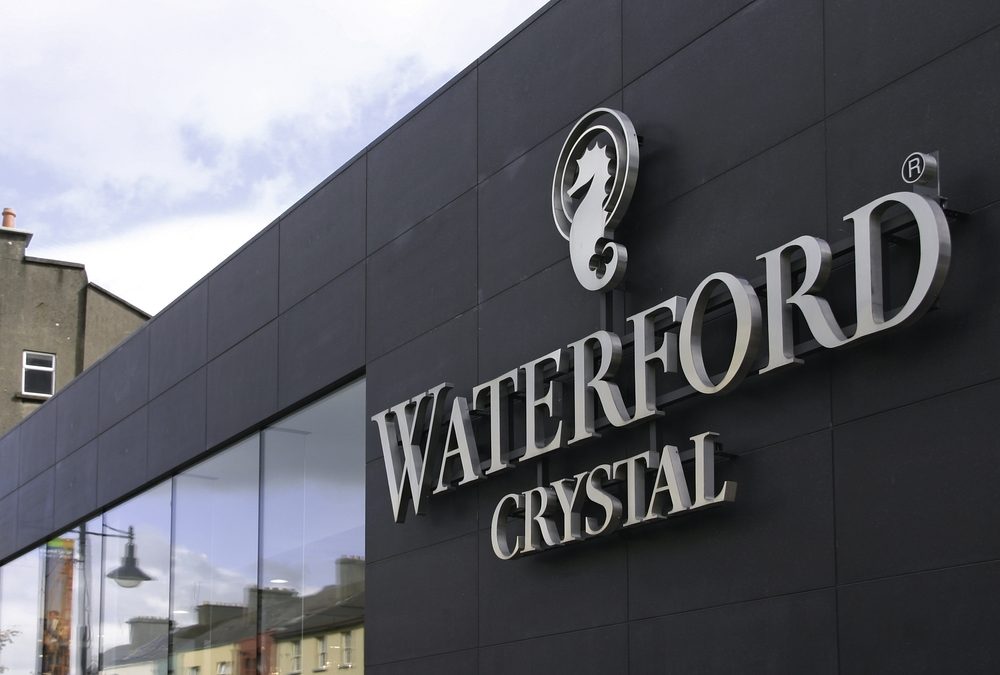 Whether you are lucky enough to own a Waterford crystal or you’re familiar with the Time’s Square New Year’s Eve Crystal Millennium Ball, it is likely that you have come across Waterford Crystal in some way.

Waterford Crystal is one of the most renowned crystal manufacturing companies in the world, with a convoluted yet interesting history that is two centuries in the making. If you’re in Waterford, you definitely have to tour the factory.

Although the House of Waterford Crystal is constructed on an ancient viking village, the significant history of the location did not actually begin until the 18th century. That was when George Penrose and his nephew William Penrose formed their business, Waterford Glassworks.

The first crystal discovery in Ireland had actually begun almost 100 years before the creation of the House of Waterford Crystal. In 1676, a glassmaker named George Ravenscroft mixed lead oxide with his molten glass silicates, creating a ‘crystal’ clear piece of glass that could both be carved and blown.

By 1771, Ireland’s first crystal factory opened. Meanwhile, George and William Penrose were petitioning Parliament to request financial aid to create the Waterford Glass House. This was where they intended to manufacture flint glass.

Trailing not too far behind the opening of the country’s first crystal factory, George and William Penrose’s Waterford Crystal House opened on October 3rd, 1783.

Spending around £10,000, the two businessmen quickly equipped their factory and acquired around 50-70 glass workers including blowers, cutters, craftsmen and engravers in order to cater to every need and demand for their elegant glass crafts.

John Hill brought with him some of his best workers. Better yet, he brought his intellect and knowledge of the craft that few in the world shared at that time.

John Hill would bring to Waterford many of the unique stylistic design elements that have become synonymous with the company’s work such as the non-frosted look, which was achieved by polishing after cutting.

However, despite the success of the Penroses’ and John Hill’s business relationship, dramatic events led John Hill to leave the company. The company would go through a series of change in leadership and business strategy through the years.

The company was eventually acquired by the Fiskars Corporation, a company that makes products for the home in Finland in 2015.

Exploring The House of Waterford

Located in Waterford, Ireland, you’ll get to witness the most exquisite and authentic crystal pieces being created. Get to appreciate first-hand the intricate techniques that go into bringing these stunning creations to life. The factory itself is located in Viking Triangle, Waterford where you’ll also find a bunch of other museums that educate about the history of city of Waterford.

Take a walk through the Retail Store and admire the range of crystals with breath taking designs, shapes, colors and sizes. The retail store boasts the largest range of Waterford Crystal, proudly displayed in the stunning 12,000 square feet store.

Don’t miss the House of Waterford Crystal Factory Tour where you’ll follow along and witness the highly trained and talented craftsmen that craft the crystal pieces. You’ll get to see everything from scratch – from the beginning design all the way to the engraving process at the end. There is no doubt you’ll be in awe as you go on this 235 year journey of crystal making processes and history.

Take a break in the beautiful Crystal Cafe which is opened every day of the week. You’ll find a delectable offering of breakfast and lunch choices with fragrant coffee, fresh produce and homemade desserts.

The House of Waterford Crystal is not to be missed if you’re planning on visiting Waterford City. From its interesting history, to viewing the impressive crystal making process, there is much to learn and be entertained by.